Clipper Ships Of The Pacific

Share: Facebook Twitter Yahoo LinkedIn Digg
A clipper was a very fast sailing ship of the middle third of the 19th century. They were fast, yacht like vessels, usually with three square rigged masts. In the later years, there were some carrying 4 or 5 masts, and a change to the rigging with the mizzen being rigged with a fore and aft sail, these became known as Clipper Barques.
According to Arthur H. Clark, in his comprehensive book The Clipper Ship Era, written in 1911, he states that the term clipper was originally derived from slang in the early 19th century. To "clip it" or to go "at a fast clip" meant to travel fast. So it is reasonable to assume the word was simply attached to ships which had been built for speed, and which seemed to "clip over the waves rather than plough through them."
Historians differ on when the first true clipper ships were built, but there is general agreement that they became well established in the 1840s.
In the United States, the first ships to which the term "clipper" seems to have been applied were the Baltimore clippers. Baltimore clippers were topsail schooners developed in the Chesapeake Bay before the American Revolution, and which reached their zenith between 1795 and 1815. They were small, rarely exceeding 200 tons, and modelled after French luggers. Some were lightly armed in the War of 1812, sailing under Letters of Marque and Reprisal, when the type—exemplified by Chasseur, launched at Fells Point, Baltimore in 1814 became known for her incredible speed; the deep draft enabled the Baltimore clipper to sail close to the wind. Clippers, running the British blockade of Baltimore, came to be recognized for speed rather than cargo space.
In the United Kingdom, in Scotland, the shipbuilders Alexander Hall and Sons developed the "Aberdeen" clipper bow in the late 1830s: the first was Scottish Maid launched in 1839. Scottish Maid, 150 tons, is often considered to be the first British clipper ship.

"Scottish Maid was intended for the Aberdeen-London trade, where speed was crucial to compete with steamships. The Hall brothers tested various hulls in a water tank and found the clipper design most effective. The design was influenced by tonnage regulations. Tonnage measured a ship's cargo capacity and was used to calculate tax and harbour dues. The new 1836 regulations measured depth and breadth with length measured at half midship depth. Extra length above this level was tax-free and became a feature of clippers. Scottish Maid proved swift and reliable and the design was widely copied." (Source: "Aberdeen Built Ships". Aberdeenships.com)

The earliest British clipper ships were built for trade amongst the British Isles. Then followed the vast clipper trade of tea, opium, spices and other goods from the Far East to Europe, and the ships became known as "tea clippers".
The emphasis on speed came partly from the desire to bring the first tea of the season back from China, partly from the competition with the overland route across North America to the California goldfields.
The Clipper Ships  were generally narrow for their length, and could for the most part only carry limited bulk freight, they had a large total sail area, which required large crews. Although, in later years, modifications were made to the sails to allow for smaller crews and less experienced sailors.
The Clipper ships were some of the fastest ships ever built, and a fully rigged Clipper in her prime set speed records that have withstood over a century. They are often referred to as the "Greyhounds" of the sea.
Clipper ships were mostly constructed in British and American shipyards, though France, Brazil, the Netherlands and other nations also produced some.
The "golden age"  for the Clipper Ship began in 1843 as a result of the growing demand for a more rapid delivery of tea to Britain and the United States from China, and with the discovery of gold in California and Australia in 1849 and 1851. It began to first began to wane in 1857 with the financial panic in the United States, and then began to end with screw driven steamships and the opening Suez Canal in 1869. These memorable years form one of the most important and interesting periods of maritime history. They stand between the centuries during which man navigated the sea with sail and oar—a slave to unknown winds and currents, helpless alike in calm and in storm—and the successful introduction of steam navigation, by which man has obtained mastery upon the ocean.

It has been written:

"This era witnessed the highest development of the wooden sailing ship in construction, speed, and beauty. Nearly all the clipper ships made records which were not equalled by the steamships of their day; and more than a quarter of a century elapsed, devoted to discovery and invention in perfecting the marine engine and boiler, before the best clipper ship records for speed were broken by steam vessels. During this era, too, important discoveries were made in regard to the laws governing the winds and currents of the ocean; and this knowledge, together with improvements in model and rig, enabled sailing ships to reduce by forty days the average time formerly required for the outward and homeward voyage from England and America to Australia."

During the golden era of the clipper, the stately, frigate-built Dutch East-Indiaman, with her batteries of guns and the hammocks stowed in nettings, disappear, and her place was taken by the swift British, American, and Australian clippers, which in their turn, after a long and gallant contest, at last vanished before the advancing power of steam.

Clippers sailed all over the world, primarily on the trade routes between the United Kingdom and its colonies in the east, in trans-Atlantic trade, and the New York-to-San Francisco route round Cape Horn during the California Gold Rush. Dutch clippers were built beginning in the 1850s for the tea trade and passenger service to Java.
Many of the Clippers at the end of the age of sail came to live out their lives on the west coast, and in the Austrailian trade as lumber and salmon carriers.
Here are the histories of a few well-known clippers that plied the coasts of the Pacific Northwest: 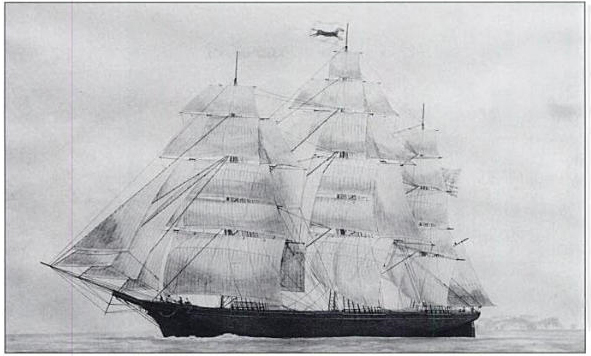 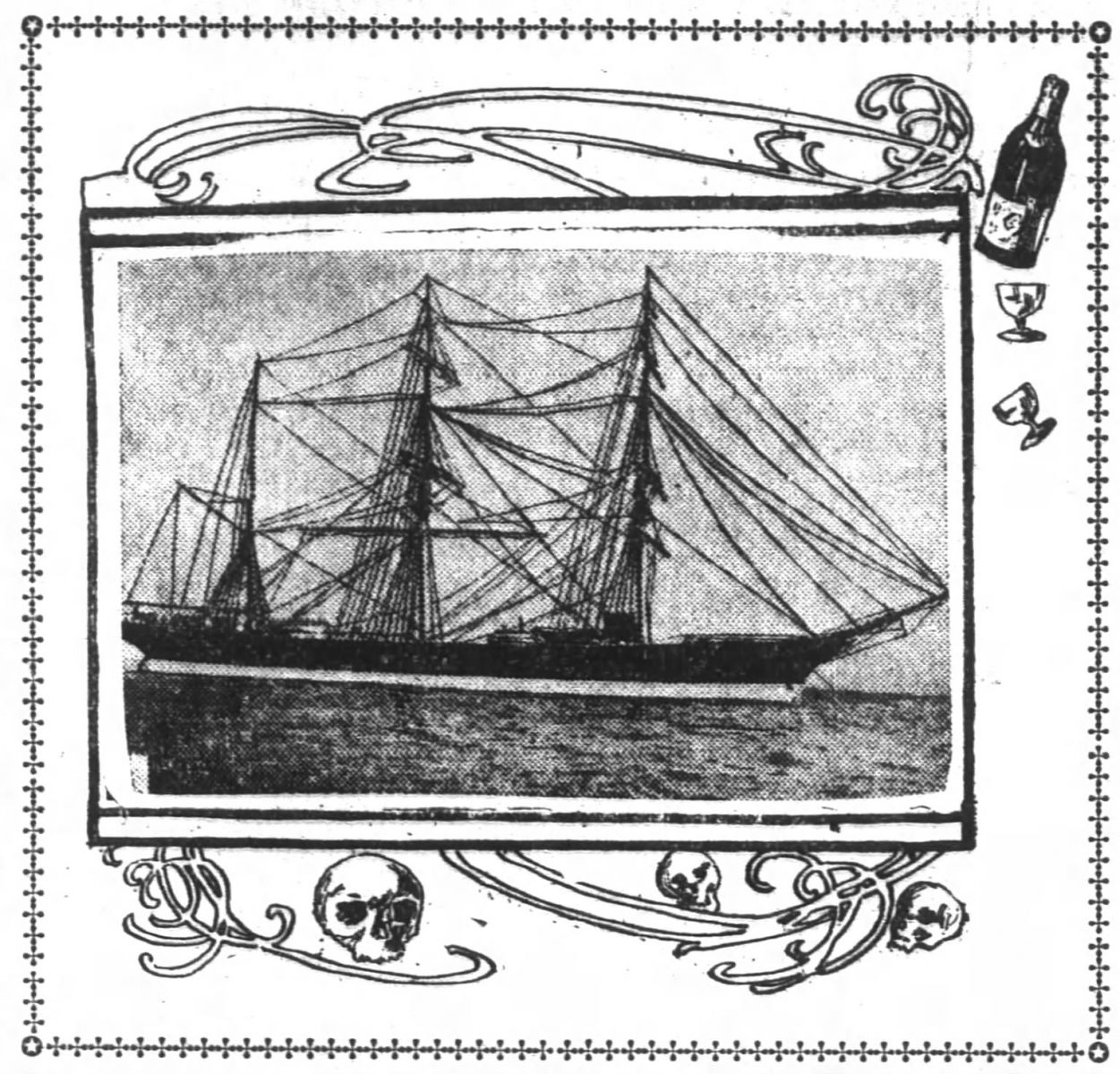 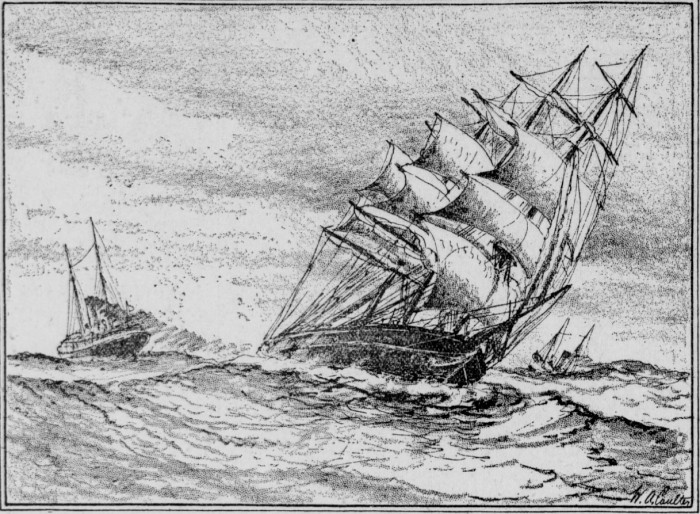 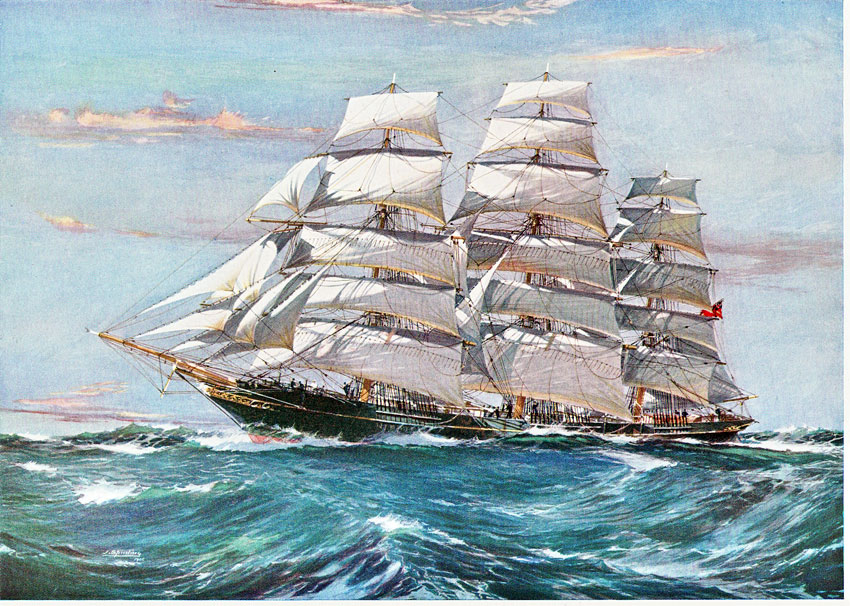