By far, as is the case today, one of the sailor's most distinctive garments is the hat. While many pictures and descriptions of sailors suggest a kerchief is placed over the head, this is historically inaccurate for the 16th and 17th century.

The most basic piece of medieval headgear was leather "skull caps" with the ability to be secured  by lappets at the chin. Such a design was an advantage for the sailor - the materials were simple and cheap, and it was much less likely than a cocked hat to be blow off in a storm or heavy wind. The caps later evolved to a very common woolen knitted variety known as the "monmouth cap"

Evidence of an early "Skull Cap"

Diagram 1a: At Tollbund Bog near Viborg, Denmark, in 1944, the body of a man was discovered in almost perfect condition, preserved by the bog water for 2000 years. He was wearing a cap sewn from eight or nine pieces of leather with fur side inmost and conical rather than dome-shaped, crown with a band along the lower edge and a chin strap. The head and shoulders of this man, who still wears his cap, can be seen in the National Museum at Copenhagen.

In the 15th & 16th centuries, head-gear during this time was usually a domed knitted cap (known as a Thrum) or bluntly peaked cap of felt, heavy cloth, frieze, or fur. It often had a piece of lined fur or a band of cloth to secure it to the head or occasionally lappets under the chin. It could be very secure fitting, such a monmouth cap or more of a stocking as worn by the Spanish, Spanish hats tended to have a more "flat" appearance. 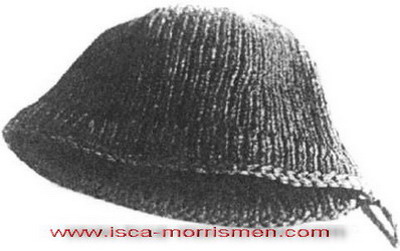 With the Monmouth Cap, and cutlace by my side,
Striding at least a yard at every stride,
I'm come to tell you, after much petition,
The Admiralty has given me a comission.

-A Satrye on Sea Officers. Sir H.S., published with the Duke of Buckingham's "Miscellanies" (1825).

Seafarers since the 1570s favored the Monmouth cap, a "skull cap" which was knitted from brown wool. During the early Tudor age they were given as gifts to aristocracy, but by the end of the 16th century knit caps were so common as to be regulated so that each each man must have one, and that none should be brought from overseas.

Elizabeth I, in order to increase the wool trade and production amended the sumptuary laws in 1571. It was titled, “An Act for the Continuance of the Making of Caps”  and lists fifteen crafts related to their production. It also required “… all [males] above the age of six years except some of certain state and condition, shall wear upon the Sabbath and Holydays, one cap of wool knit, thicked and dressed in England, upon the forefeiture of 3s 4d …”

Despite being legislatively forced to wear the cap, gentlemen preferred the fashion. In fact, the earliest mention we have of a Monmouth cap by name is in 1576, in a letter from Lord Gilbert Talbot of Goodrich Castle to his father, the ninth Earl of Shrewsbury, accompanying a gift to the Earl of “a Monmouth Cappe.” This reference indicates that not only were the caps popular enough to have their own name by then, but also that they were fit gifts for the highest noblemen in the realm.  It has been described as, "..the most ancient, general warm and profitable covering of men's heads", Thomas Fuller 17th Century. 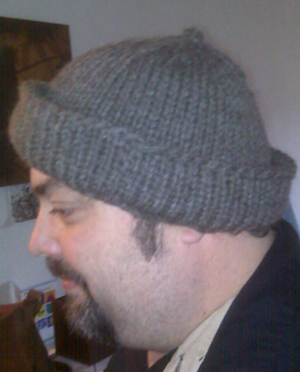 An example of a Monmouth cap

Elizabeth's legislature failed to increase the wool trade in England and the law was repealed in 1596. However, the caps remained extremely popular amongst seaman.

For their last voyage to the West Indies in 1596, Francis Drake and John Hawkins paid over 40 pounds for thirty-six dozen caps (432), at a cost of about 2s 6d each for their expedition.

Monmouth caps have been mentioned in Shakespeare, "the Welshmen did good service in garden where leeks did grow, wearing leeks in their Monmouth caps; which your Majesty know to this hour is an honourable badge of the service" in his play Henry V, Act 4, Scene 7.

Captain John Smith, a leader of Jamestown Colony and leading figure in the Pocahontas story, wrote an instructional pamphlet for the benefit of English colonists, and a Monmouth cap is near the top of the list of items for one’s kit. 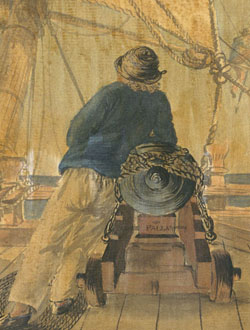 A sailor with Monmouth cap circa 1775

In the 1620s, the Massachusetts Bay Colony’s sponsors ordered Monmouth caps as part of the outfitting of one hundred men heading for the New World. The caps are described as “thick, warm, fulled by hand- and foot- beating and much favored by seamen.” Some of them, at least, were red in color.

In later years, the popularity with the general public had waned, but they still remained popular with seaman. Monmouth caps continued to be regular military equipment for both the army and navy throughout the seventeenth century. Military lists dated in 1627 and 1642 call for the supplying of caps for soldiers and sailors. Throughout the seventeenth century, caps appear in lists of naval clothing.

Daniel Defoe, in his 'Tour through the Whole Island of Great Britain' written in 1712, describes 'Monmouth Caps, sold chiefly to the Dutch seamen. Peter the Great worked in the Dutch shipyards of the East India Company in 1697 and returned to St Petersburg wearing a 'Monmouth', bought in Amsterdam which is now in the Hermitage Museum, Leningrad. 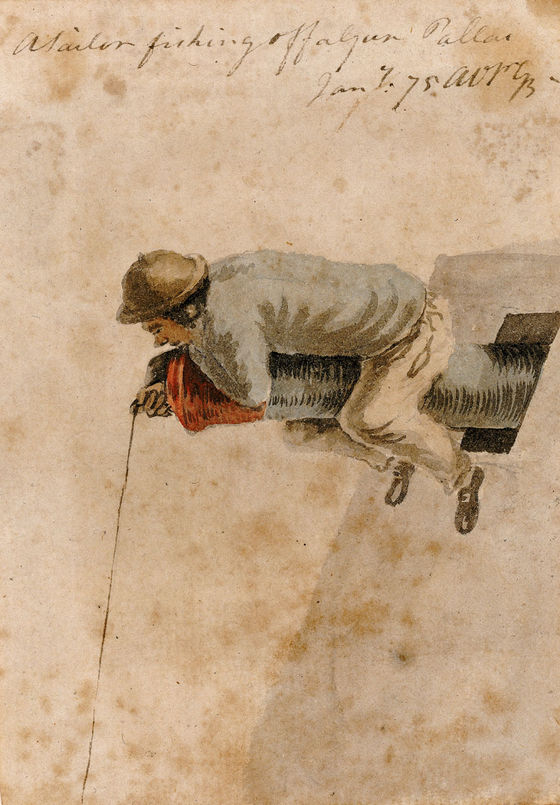 In the United States Of America, the caps continued to be worn throughout the seventeenth and eighteenth centuries by planters and 'the lower orders', in this case, negro slaves. Orders for large quantities were sent to London, up to fourteen dozen at a time and the Massachusetts Bay Company ordered two each for plantation labourers in 1629, together with one hat and five red knit caps.

George Washington ordered four dozen from Liverpool in his own handwriting, among 'Coarse Goods for the Estates Use' in 1759. When by Act of Common Council in 1665, all caps had to be taken to Blackwell Hall, only Monmouth and Bewdley caps were exempted. As late as 1768, the Virginia Gazette records: 'Fredericksburg, August 29, 1768 - Run away from the subscribers... The Mulatto fellow named Jack carried with him a Monmouth cap, a brown linen shirt and trowsers...’

After the 1800s the Monmouth Cap generally appears only in lists involving Seamen.