Avest Ye m'hearties!  So you be lookin' for a few pirate/privateer crafts that ye kids can make or do?

Whether tis be making yourself a fine lookin' hat, bakin' up some of yer own sea bisquits or looking for a fine pirate game for a party - Ye come to the right place.

You'll find this here page is chock full of treasures for kids from pirates hats to treasure maps... aye! we got it all..

So ye be wantin' one of them fine sylin' hats on yer head to command yer ship from? Here are some instructions to make a bonafide privateer/pirate/navy captain hat that will do ye proud! 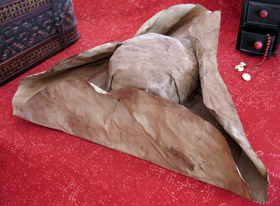 At sea, the wide brim of the cavalier hat could be unwieldly, as a result, the sides and back were pinned up, forming three triangles. Known as a tricorne, its distinguishing characteristic was a practical one, particularly at sea: the turned-up portions of the brim formed gutters that directed rainwater away from the wearer's face, depositing most of it over his shoulders. Before the invention of specialized rain gear, this was a distinct advantage 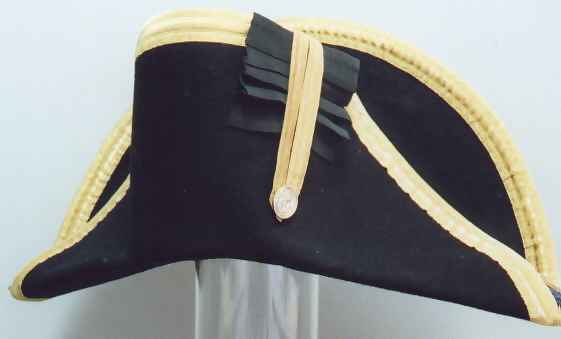 How to Make A Paper Cocked-Hat 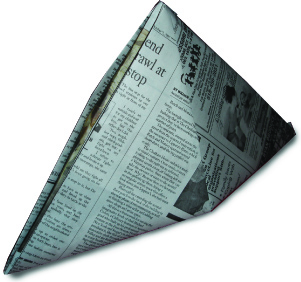 1.) Download and Print out the coin sack pattern and cut along the outline.
2.) Use the hole punch to punch out the holes where the circles are
3.) Use the pattern to cut out 2 identical pieces of felt/material.
4.) Punch the holes out for each of the felt cut-outs.
5.) Cut lengths of string about 2.5 ft for each coin sack
6.) Cut an additional lengths of string 15" long. This string will be used as the tie for the top of the sack.
6.) Place two of the coin sack cut-outs on top of each other and tie them together with the longest string in one of the corners. Use a firm knot.
7.) Leave the rest of the string free to weave through the holes to make the sack.
8.) Continue looping the string around the bottom of the sack and up until it reaches the other corner. Knot the string tightly at that corner and cut off extra string.
10.) Once the sack is sewn together witht he first string. weave the second string through the holes at the top of the sack. Be careful not to sew it shut. The string should be going around the outside perimeter of the sack and the ends of the string will be knotted together. This string should be able to gather the top of the sack shut.
11.) You can now use your imagination to embellish and decorate the pirate sack.