The Shady Isle Pirates were on deck this Easter, with both ships setting course for the Steveston Community Centre's Easter Party Extravaganza. The Shady Isle Pirates and Privateers performed the story of "The Hunt For The Golden Egg" throughout the day to a sold-out crowd. Both mini-brigs the Adventure and the Liberte were on hand for children to clamber aboard, explore, and learn the art of scallywagging. There was also lots of games, crafts, balloon art, face painting, and much more. Thanks to all the wonderful volunteers who made the event a huge success, and of course,  the Easter Bunny! A good time was had by all! HUZZAH!!!!!!! 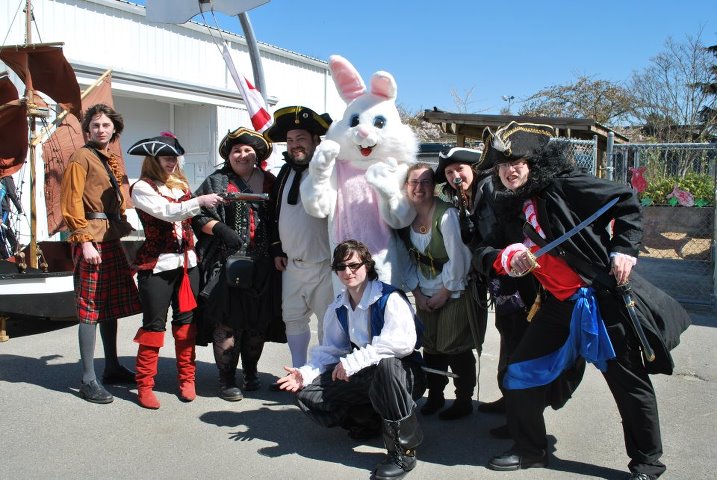 For more pictures check out our Easter photo gallery!