The Shady Isle Pirates once again returned to for the City Of Richmond's, Ship-To-Shore 2013.

For the third year in a row, speactators could relive the days when Richmond's Steveston Village was a major port-of-call for fleets of sailing ships from around the world.
This year's Ships to Shore event moved right into Steveston Village. A small flotilla of tall ships and other sailing ships and historical vessels of note were on display and available for free public boarding at Imperial Landing & Britannia Heritage Shipyard
Tallships included:  The Adventuress, and HMCS Oriole. In all more than a dozen different classic ships were in attendance, our pirate brethern Buccaneers of the Blackfleet, invading Britannia Shipyard, had their mermaids in tow for a quick snack.....er... ok.. we let them go.
Once again, the mini-brigs delighted thousands of festival goers, and when not in boats, the Shady Isle Pirates sang shanties along the dock.
For more info: http://www.richmond-news.com/community/setting-sail-for-steveston-s-annual-ship-festival-1.497428 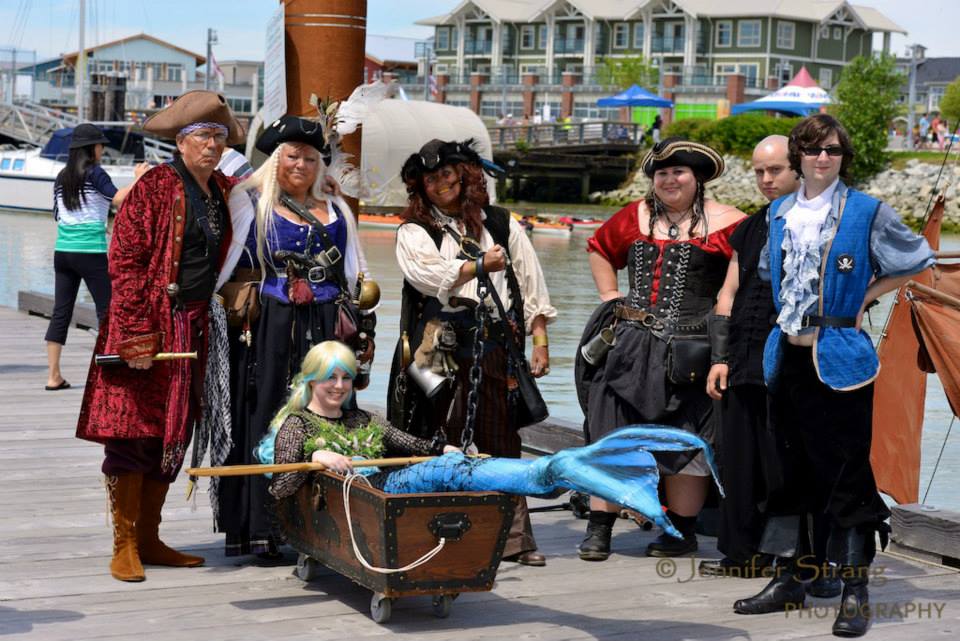 The Shady Isle Pirates With the Buccanneers Of The Blackfleet