The Shady Isle Pirates once again returned to for the City Of Richmond's, Ship-To-Shore 2014.

For the foruth year in a row, speactators could relive the days when Richmond's Steveston Village was a major port-of-call for fleets of sailing ships from around the world.
This year's Ships to Shore event moved right into Steveston Village. A small flotilla of tall ships and other sailing ships and historical vessels of note were on display and available for free public boarding at Imperial Landing & Britannia Heritage Shipyard
Tallships included:  The Adventuress,HMCS Oriole, Schooner Zodiac and the Gaia. This year, we were joined by the Royal Canadian Navy with two Orca class patrol boats. In all more than a dozen different classic ships were in attendance, our pirate brethern Buccaneers of the Blackfleet, invaded Britannia Hertiage Shipyard. We were quick to sail down and capture their Captain, Gunpowder Gertie.
Once again, the mini-brigs delighted thousands of festival goers, and when not in boats, the Shady Isle Pirates sang shanties, conducted sword fights and entertained the crowds of nearly 100,000 along the dock with pirate shaningans all throughout the festival. 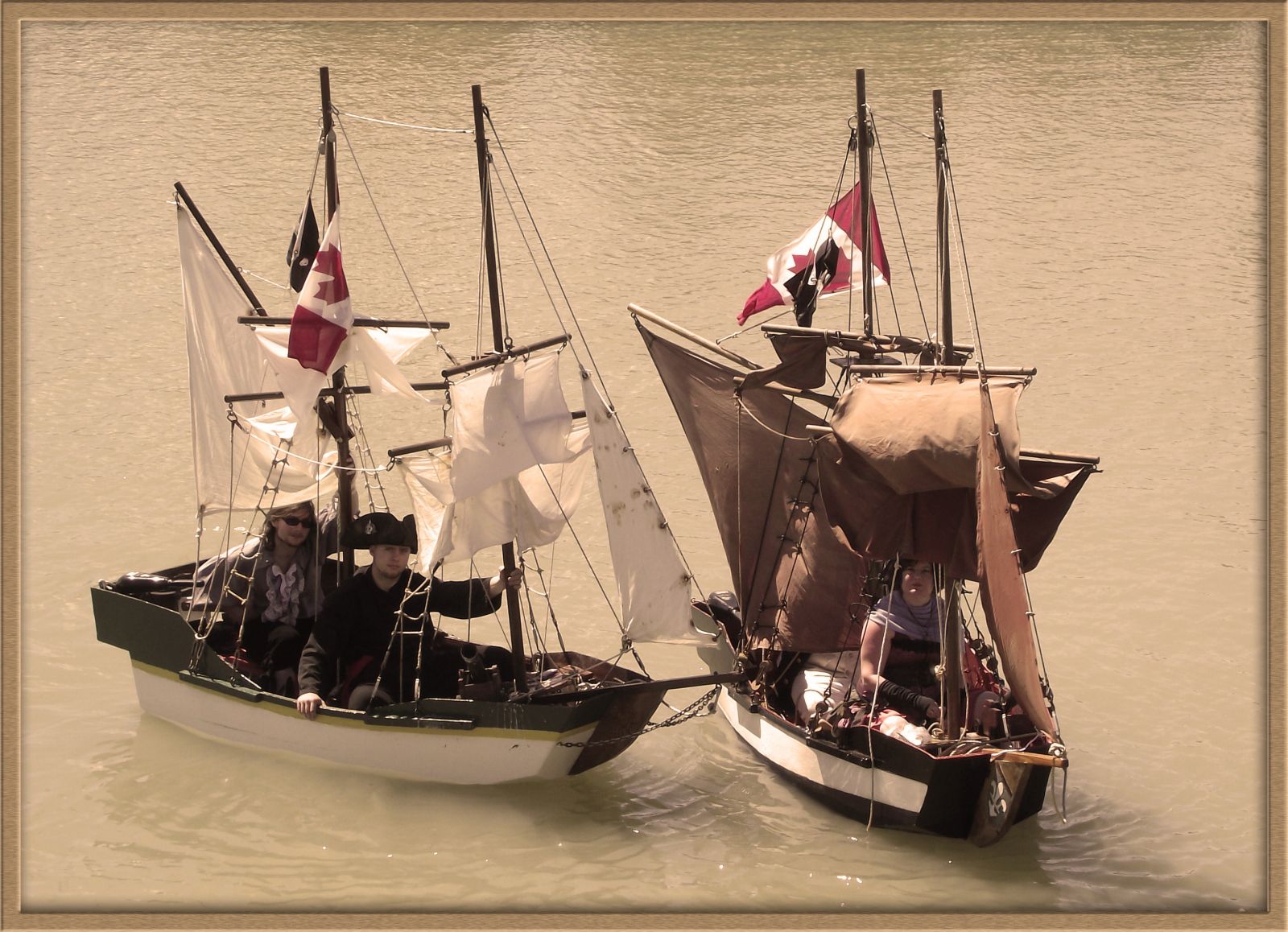 The Shady Isle Pirates Mini-Brigs Liberte and Adventure in battle! 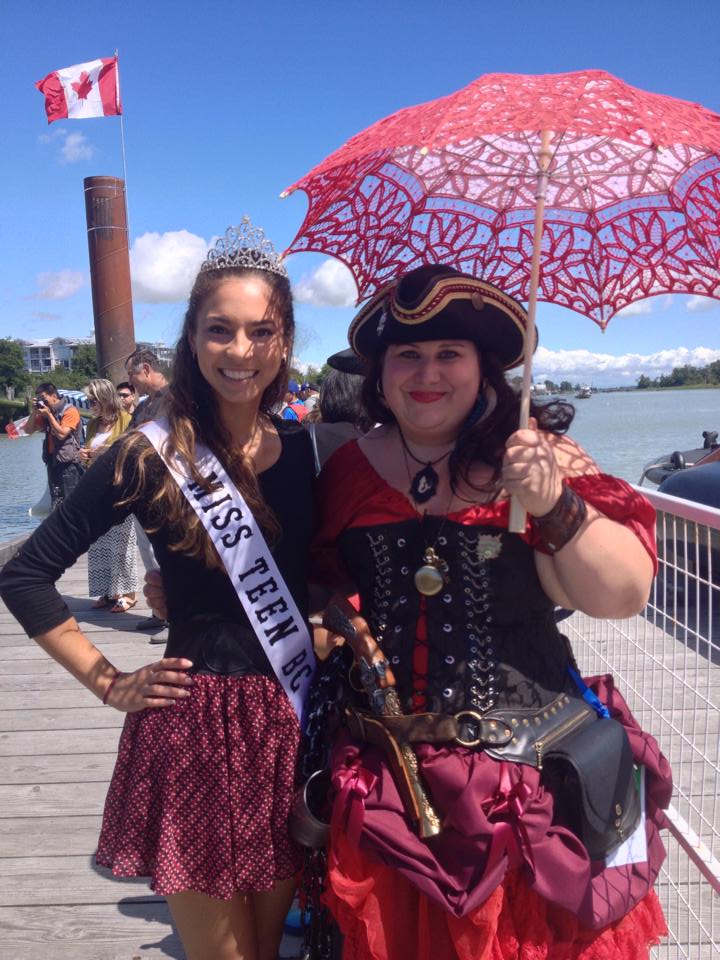 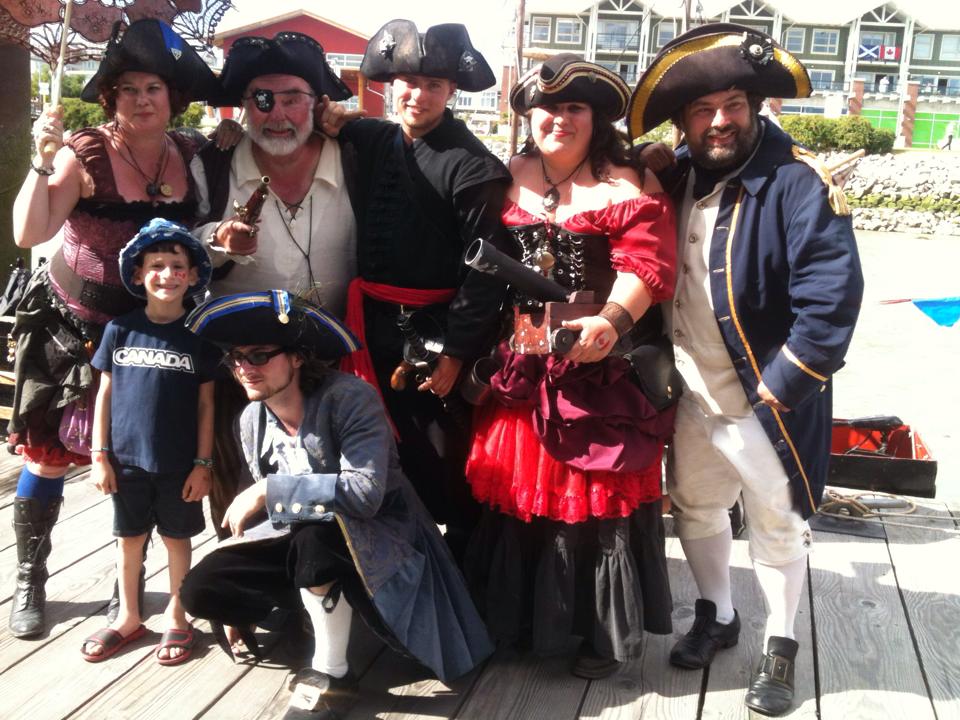 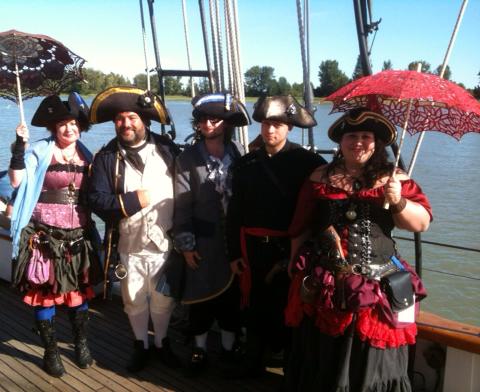 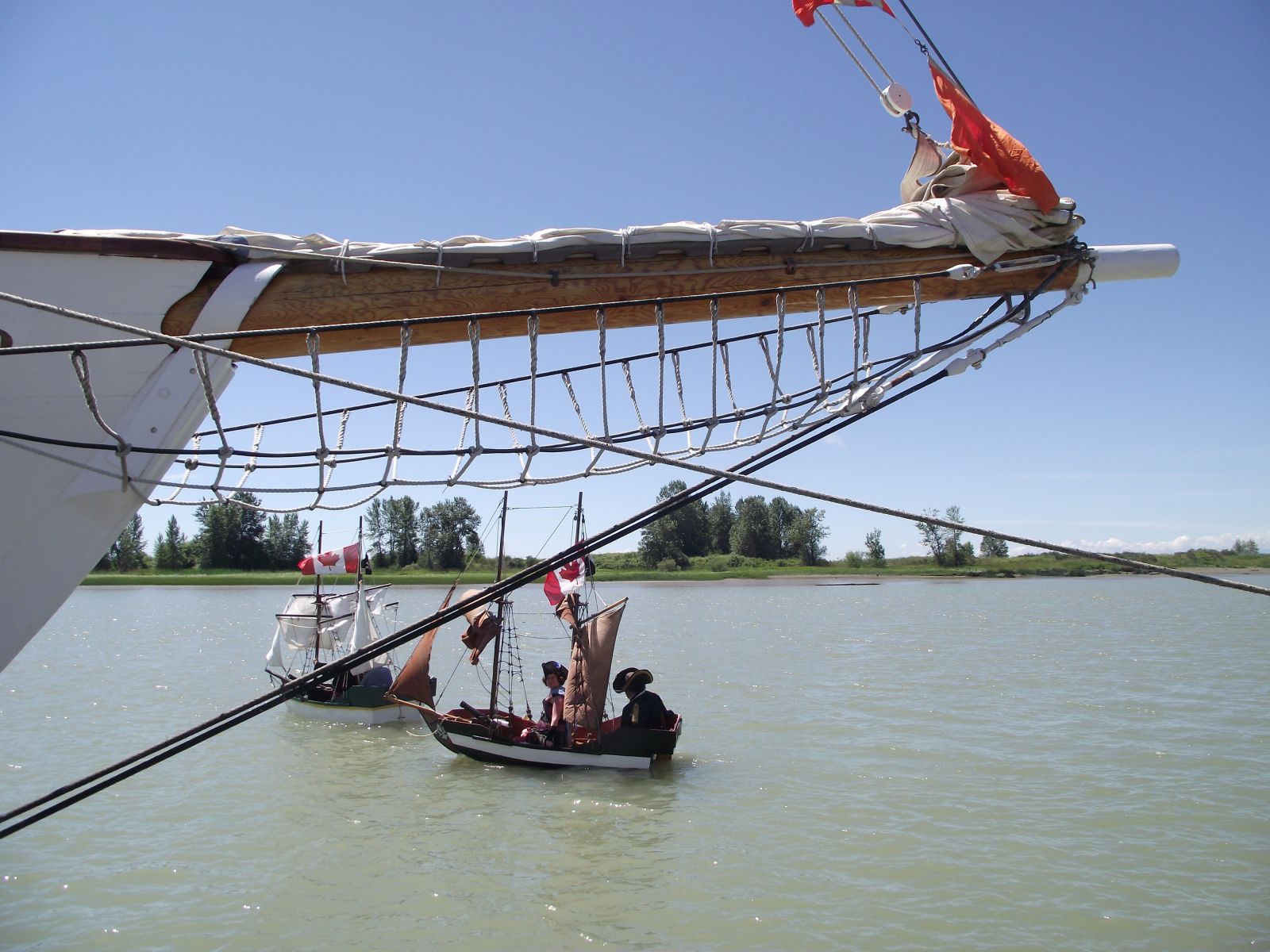